As we reported earlier in the year, Maryland has sought tougher penalties against those charged with multiple alcohol related driving offenses. Passed during the 2019 General Assembly session, and effective on October 1, 2019, the Repeat Drunk Driving Offenders Act, increases penalties for those charged not only with drunk driving but drugged driving as well.

Among other penalties, the act increases the maximum jail time for those convicted of vehicular homicide while under the influence from three to five years.  The law now also doubles prison time from five to ten years for drivers with prior convictions.

The new law also includes heavier punishments for impaired drivers convicted of traveling with minors in the car with one year in jail for the first offense and two years for a second offense.

With criminal penalties getting tougher, it is vital that you contact an experienced defense attorney immediately if you are arrested for an alcohol related driving offense.

We have over twenty years of experience representing those charged with drunk driving. Call us today at 410-541-6DUI. 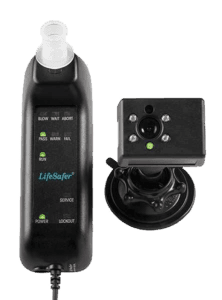 Effective October 1, Maryland law now requires that drivers required to obtain an ignition interlock have a device equipped with a camera that takes still pictures.

From the Maryland Vehicle Administration:

The camera will capture a still image of the person taking a breath test (it will not record sound or video) at these times:

Participants will receive instructions from their Service Provider on how to use the device when it is installed. Images captured by ignition interlock devices will be used by MDOT MVA to ensure program participants comply with program requirements. It is a violation of Maryland law for any person to provide a breath sample for a program participant in order to circumvent an ignition-interlock device

With Maryland expanding the requirements for ignition interlock in DUI/DWI cases, it is imperative that those facing such charges obtain the right equipment.

How a Breathalyzer Works

Here is a useful video that explains how a breathalyzer works. 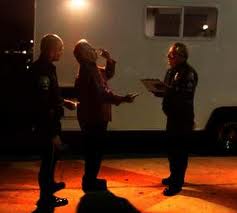 For the second year in a row, Maryland Governor Larry Hogan has proposed making it a felony to receive a third conviction (or a second offense if a fatal or serious accident occurs) for DUI with up to a ten year prison sentence.  The Governor's Office stated:

In the coming legislative session, the Hogan administration will again introduce the Repeat Drunk Driving Offenders Act, which creates a felony offense punishable by up to 10 years for anyone convicted of a drunk or drugged driving offense on three or more prior occasions, as well as anyone convicted of causing a death or a life-threatening injury on their second and/or subsequent offenses.

With changes in the legislative committees of the Maryland General Assembly who hear these kinds of bills, the likelihood of passage of tougher penalties for alcohol related driving offenses has increased.

With increasing penalties for subsequent convictions, it is more important than ever that you have experienced counsel representing you even on your first offense.

You can read more about this legislation here.
Posted by Gregory M. Kline at 9:19 AM 1 comment: