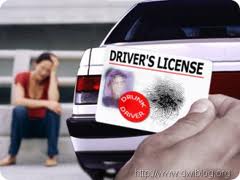 If you make your living driving under a state issued Commercial Drivers' License (CDL), you know how important it is to protect your CDL and your ability to earn a living.  While it is certainly never a good idea to get an alcohol related driving charge, CDL holders need to know what is at stake when they are pulled over, arrested and asked to submit to a breathalyzer.

This is true even if the arrest occurs while driving your private car outside of work.

Unfortunately, a recent court decision from Maryland's highest court will make it even more difficult for CDL holders to know the right thing to do.  The case MVA v. Seenath, dealt with a CDL holder who was arrested for a DUI while driving his personal vehicle outside of work.

The Court noted that

"In this case, Sundar Seenath (“Seenath”), Respondent, a holder of a commercial
driver’s license, contends that the Advice of Rights form violates due process under the
United States Constitution and the Maryland Declaration of Rights because the form does
not advise that a holder of a commercial driver’s license who drives a non-commercial
motor vehicle and fails an alcohol concentration test—by taking an alcohol concentration
test that indicates an alcohol concentration of 0.08 or higher4—is ineligible for a 'restrictive license,' which allows a driver to drive only for certain purposes, for example,
in the course of employment. ”

Maryland regulations require that before someone's licence can be suspended for a DUI the consequences of taking or refusing a breathalyzer must be fully explained. This was not done for Mr. Seenath particularly with regard to the impact his arrest would have on his CDL.

The Court, however, upheld his suspension despite the inadequacy of the officer's explanation stating,

This CDL driver had no idea that agreeing to a breathalyzer test would result in the suspension of his CDL without any chance at a modification.  The Court's decison states that a police office was not obligated to tell the CDL driver about that impact because he was driving a non-commercial motor vehicle when he was arrested.

Simply put, if you have a CDL and get pulled over for an alcohol related driving offense, you need legal advice immediately.  The police won't explain to you that you will lose your CDL whether or not you submit to a breathalyzer and the courts say they don't have to.